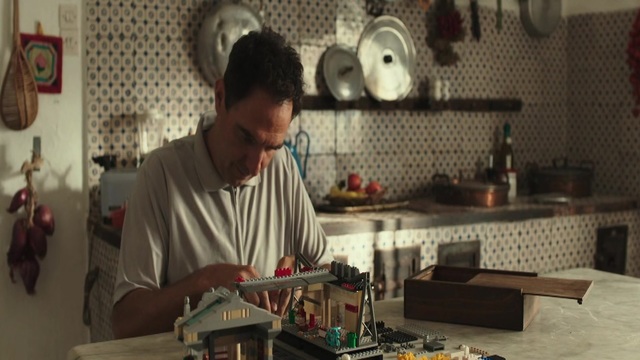 How to Offer Condolences in Italian

One of our Yabla learners has asked about what to say when someone has died, or what to write in a condolence note. There have been so many deaths from the coronvirus that expressing condolences is an important thing to be able to do.

The most important word is condoglianze, from con (with) and doglianza (lament). In other words, you are mourning with the person to whom you express your condolences. You feel their sorrow. The English cognate is a true one, which makes it easy to remember.

In Person or on the Phone

In the following example, the condolences are expressed as part of a conversation, and the person talking is not a close friend -- he's a sort of lawyer (and note that in Italian, a person's professional title is often used by itself to address him or her), so the condolences are very basic and quick, but perfectly acceptable and polite. The adjective to know is sentito. This comes from the verb sentire (to feel, to hear, to sense). Sentito can mean "sincere," "heartfelt," or "deep."

Hello, Notary, pleased to meet you.

-Thanks very much, many thanks.

So really, just two words were used, and it could have been just one: condoglianze. It's enough, especially when you don't really know the person who passed away.

If we're talking to a friend who has just lost a family member, for example, we can use the informal verb fare (to make, to do). You might not know the person who died, but you know that your friend is grieving:

I'm sorry for the loss of your father/grandfather/mother/grandmother.

You can also keep this short and just say:

I'm sorry for your loss.

More Formally and in Writing

But if we want to say more, here's a common way to do it. It employs the verb porgere, to extend, to offer.

This first example is if you are speaking or writing formally to one person you aren't on a first-name basis with.

I extend my deepest condolences to you.

If you are talking or writing to more than one person, say, parents, or a couple, or an entire family, then it's:

I offer you my deepest condolences.

You can also leave out mentioning the person:

On this sad occasion, we offer heartfelt condolences.

Another word people use when sending a condolence note is cordoglio (grief, sorrow, mourning, condolences).

We would like to express, with great sorrow, our condolences.

Another important word to know is il lutto (the mourning, the bereavement, the grief). This example describes an ancient Roman sarcophagus of a child.

And the two parents are overcome. At the side there's the mother

who by now seems to be shrouded in deep, hopeless sorrow.

And then there is the father.

Both have their heads covered with a veil as a sign of mourning.

They no longer even look at the child.

You can use lutto in a condolence note:

A shop or restaurant, where a family member or employee has died, might have a sign that says:

One more word you might see, for example, on the signs we see around in Italian towns, announcing the death of a citizen, is addolorato (aggrieved, distressed). It comes from the verb addolorare (to sadden) or addolorarsi (to be saddened).

You're confused, aggrieved, but you know that he deserves you.

You can use addolorato in a condolence note:

I am saddened by your loss.

We hope you won't need these words, but if you do, they're here. Feel free to send us questions or requests for further information. 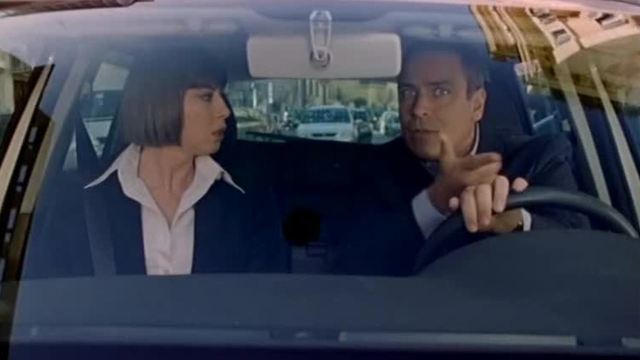 Putting in Time with Metterci

When speaking in neutral terms about how long something takes, we can use the verb volere. We might say, for example:

Ci vuole poco tempo per andare dalla stazione in centro (it doesn't take much time to go from the train station to the center of town).

We can add a personal pronoun (ti = you in this case) to make it more personal:

Ti vorranno cinque minuti per andare dalla stazione in centro (it will take you five minutes to go from the train station to the center of town).

We talk about the pronominal verb volerci in a previous lesson, so check it out.

We have another way to say something similar with the verb mettere (to put).

This pronominal verb is a bit more personal. We can conjugate it any way we like. It's also a bit easier to grasp. The main verb is mettere (to put). So if we stretch the meaning a bit, we can think of putting in a certain amount of time in order to do something.

I don't understand how come you're taking so long to get here.

So if I am late for a meeting, I might say:

C'ho messo un sacco di tempo per parcheggiare (it took me a long time to park). 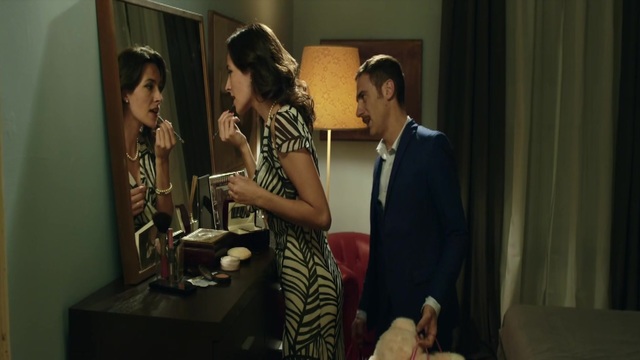 Either you've got it or you don't. In English you have talent or you don't have it. But in Italian, there is a special word for each end of the scale. Dotato or negato.

The teacher says he has never seen anyone less gifted than me.

So the speaker had to use the Italian comparative adverb più (more) before the adjective negato (not at all gifted). Whew! Talk about something not translating smoothly into English!

Negato is really a great word, though. It offers a great excuse when you want to get out of doing something you don't like to do.

Sono negato! Fallo tu.
I'm no good at this! You do it.

That isn't to say that we can't also talk about having or not having talent, as, for example, in a recent segment of Adriano Olivetti's story:

Adriano, you have so many talents.

Another way we can translate negato is "hopeless," because negato implies that one is never going to get better at something. He or she is lacking in the wherewithal to improve. Instead of a higher being bestowing a gift (the gift of talent) on someone, it has been denied him or her.

But Doctor don't you have anything to say? -I'll tell you that you're hopeless.

And in fact, the verb negare means "to deny."

Listen, you're a cute type, I can't deny it, 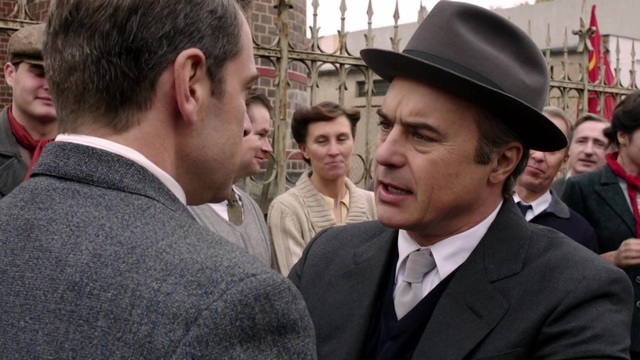 "Let Me Know" in Italian

In an episode of Adriano Olivetti: La forza di un sogno, at the very end, there is an expression that's used just about every day, especially at the end of a conversation, email, a phone call, or text message, so let's have a look.

In this particular case, one person is talking to a few people, so he uses the imperative plural, which happens to be the same as the indicative in the second person plural.

Let's take the phrase apart. The verb fare (to make) has been combined with the object pronoun mi which stands for a me (to me). To that is added the verb sapere (to know), in the infinitive.

So, first of all, we might have been tempted to use the verb lasciare (to let, to leave). It would be a good guess, but instead, we use the ubiquitous verb fare: "to make me know." Sounds strange in English, right? But in Italian, it sounds just right. You'll get used to it the more you say and hear it.

Let's look at this expression in the singular, which is how you will use it most often.

The most generic version is this: fammi sapere (let me know).

OK, when you discover something, let me know.

This use of "to make" plus a verb in the infinitive is also used a lot with verbs besides sapere (to know).

Do a Yabla search of fammi and you will see for yourself. There are lots of examples with all kinds of verbs.

Who's behind me? Let me see. -Francesca.

Sometimes we need to add a direct object to our sentence: "Let me see it."

In this case, all those little words get combined into one word. Fammelo vedere (literally "let me it see" or Let me see it).

Using fare means we conjugate fare, but not the other verb, which can make life easier!

Fare is a verb that is used on so many occasions. Read more lessons about fare. 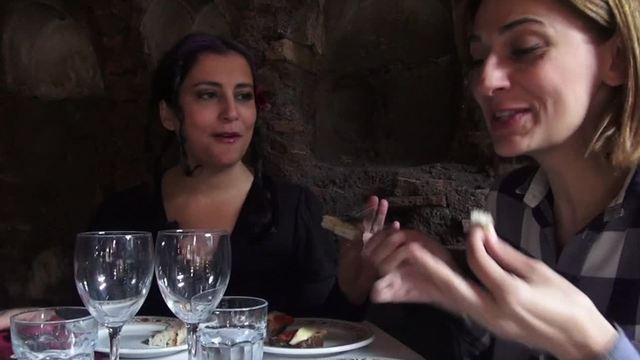 Let's look at a few idiomatic expressions people tend to use when holidays are approaching. They're useful at other times of the year, too.

Here we go, we're almost there.

And when we use it in the negative, non ci siamo, it can mean, "this is not a good thing." It's a synonym for non va bene (this is not OK).

No, no, we're not getting anywhere.

Siamo sotto Natale. Sotto usually means "under/underneath/below," but in this case, it means during, or we could construe it to mean under the influence of the holidays.

Christmas starts on the 24th of December with la vigilia (Christmas Eve) and lasts until la Befana (Epiphany). Only after that do kids go back to school and things get back to normal.

The 26th of December is Santo Stefano, (Saint Stephen's Day), a perfect time for visiting relatives you didn't see on Christmas Eve or Christmas Day. Traditionally, shops are closed, but oggi giorno (these days), anything goes.

And if there is a weekend in the middle of the festivities, there's il ponte (a four or five-day weekend, literally, "the bridge"). 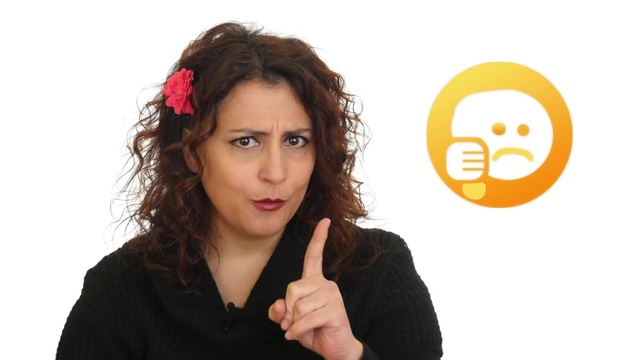 A user wrote in with a question about these two words. Is there a difference? Yes, there is: chiaro is an adjective, and chiaramente is an adverb. But that’s the simple answer.

Language is in constant flux, and chiaro has various meanings, just as “clear” in English does. And this adjective has come to take on the job of an adverb in certain contexts, as Marika mentions in her lesson on adverbs.

As a matter of fact, dictionaries list chiaro as both an adjective and adverb, but as an adverb, it's used only in certain circumstances, with certain verbs.

Well, sometimes there isn’t much difference.

Moreover, the report from my colleague in Milano is clear.

In the example above, the speaker could have used the adverbial form to mean the same thing.

Apart from this modo di dire, the adjective and adverb forms are used a bit differently in grammatical terms.

Since chiaro is an adjective, it normally describes or modifies a noun. To be correct, then, we often use è (it is).

It's clear that no one should know, because her husband is very jealous.

Chiaro may be used by itself with a question mark to ask, “Is that clear?”

And I'm not obliged to explain anything to you, is that clear?

The adverb chiaramente, on the other hand, can stand alone before or after another clause or can be inserted just about anywhere in a sentence.

Using chiaro, Paolo could have said:

But chiaro has a special in-between meaning when it’s used in place of an adverb with verbs such as parlare (to speak) and vedere (to see).

Although we have translated it with an adverb, we could also say:

Until I get a clear picture of things, I’m keeping it.

Practice:
Look for sentences with either chiaro or chiaramente and try switching them, making the necessary changes. Doing a search on the video tab will give you plenty of examples.