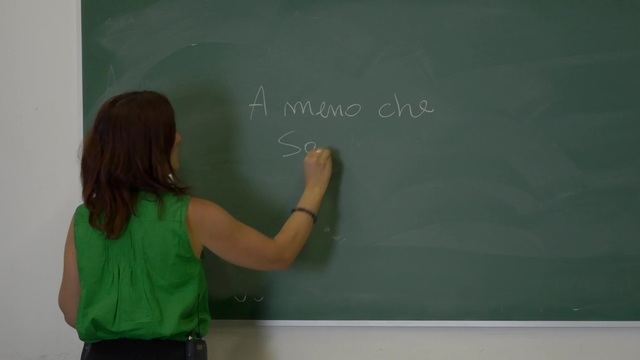 Words That Trigger the Subjunctive: qualora and affinché

Some of us have been following Daniela’s lessons about the subjunctive. It can be tricky for English speakers to grasp because we use the subjunctive so rarely.

Italian gives us a rich variety of connecting words — words that connect the main clause in a sentence to a subordinate clause. Some of them are interchangeable and some are very unique. Some are used in formal situations and instructions, for the most part, like qualora (in the event that), and some are used in everyday speech. Sometimes there are ways to get around using these words if they don’t feel comfortable yet. On the other hand, they can be fun to learn, too.

As with other words we’ve looked at, many of these fancy conjunctions and adverbs are the result of two or more words having merged. Let’s take qualora. It’s made up of quale (which) and ora (hour). So it means “in whichever hour,” or “if at any time,” or something to that effect.

“In the event there aren't enough participants, the class won't take place.”

Note that siano is the third person plural subjunctive of essere (to be). The indicative would be sono.

But we could also say, in a simpler way, with se (if):

And if at any time a bad smell presents itself, the best solution is adding leaves, ashes, and some soil itself.

We’re pretty direct in English, but if we wanted to get fancy, we could say,

“And in the event a bad smell should present itself...” and it would mean pretty much the same thing.

Affinché is a wonderful conjunction. We can take this apart too, and we get a (“to” or “at”) fine (“scope,” “end”), and che (that). So, we’re talking about a result we are looking for. In informal speech, we might say, “in order for,” “so that.” But the Italian word really gives the specific idea of an objective or goal.

In the following example, we can see that Marika’s use of affinché points to the result she would like to have: a life that’s a marvelous dream.

So it depends on you, to make the right choices, to work hard so that your life is always a marvelous dream.

Attenzione! It’s easy to mix up affinché (in order that) with finché (as long as) and finché non (until), so check out this lesson, and check this lesson out, too. It discusses fine,  a noun that means a few different things. 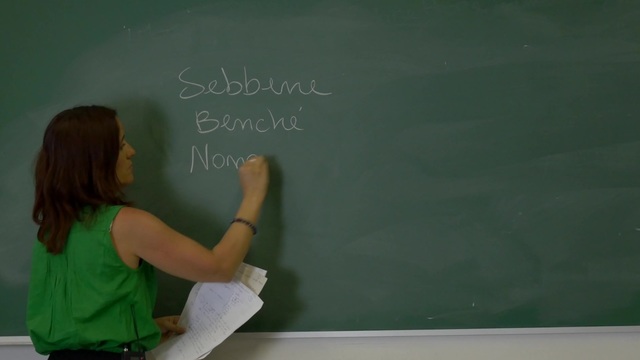 Ammettere (to admit) is somewhat of a true cognate when used in the indicative.
We can use it when referring to gaining access, say, to a course or school.

It also refers to acknowledging something, like an opinion or an error. Here, too, ammettere is a true cognate.

Ammetto di aver reagito troppo in fretta.
I admit I reacted too hastily.

But, when we find ammettere with che (that), and it’s often in the past participle ammesso, it calls for the subjunctive, as Daniela mentions in a recent lesson on the subjunctive. But be careful because the meaning changes. Here it means “to assume” or “to suppose.” We are not confirming something, we are assuming. We're talking about something unsure, which is why the subjunctive is used.

So, a friend tells me something, I'm not sure whether it's true or not, and I say: “Assuming it's true, it is interesting.”

Let's assume that he killed her.

A common expression in Italian uses this form: Ammesso e non concesso (assuming, for the sake of argument).

Ammesso e non concesso che quest’uomo sia innocente, lui non avrà problemi a dire la verità.
Assuming, for the sake of argument, that this man is innocent, he won't have any trouble telling the truth.

Assuming, but not granting, that this man is innocent, he won't have any trouble telling the truth.

The verb assumere exists as well in Italian. But that’s another story, which we'll get to in a future lesson.