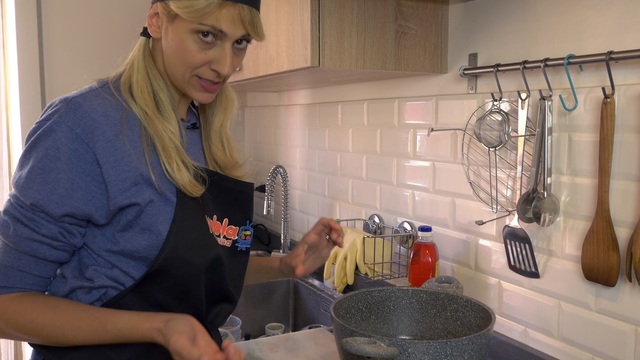 Finché (as long as) and Finché non (until)

In a recent video, we have a perfect example of how people talk in casual conversation as opposed to speaking with correct grammar, but let’s back up.

In a recent lesson we talked about the conjunction affinché (in order that) and how it prompts the subjunctive.

We also mentioned how it can easily be confused with finché (as long as) or finché non (until) because it sounds very similar. We looked briefly at these two conjunctions in a previous lesson. In Italian, they differ only in the addition of the negation non. This is a bit tricky since in English we use two different terms: “as long as” and “until.”

In Italian, just as in English, people abbreviate when speaking informally. They make contractions or leave words out to say what they need to say more quickly.

So sometimes, even when Italians mean to say “until,” they will leave out the non after finché. This is partly because they don’t need to be any clearer than that in a given situation, or because it’s quicker and easier, and for Italians, in some situations, it just doesn’t matter.

Let’s take the very recent video featuring Marika and Anna who are busy in the kitchen making panzerotti, a kind of deep fried dumpling, filled with mozzarella and tomato sauce.

It’s a casual situation, they’re very busy, and wouldn't you know it, they use finché incorrectly. But what they mean to say is very clear, so they don’t pay much attention.

OK, we'll go ahead until done, until we've finished up with the dough. -Yes.

Yes, up until the point, right, that we've finished the dough and we have a certain number of “panzerotti” to fry.

The meaning is clear because they use finisce (is gone, is finished, is used up), so they understand each other: They’ll keep making panzerotti until all the dough has been used up.

Of course, there are plenty of instances where Anna and Marika do use finché properly, so it’s not a question of not knowing.

The important thing with little children is to often change the position of their backs, until, naturally, they are able to stand up by themselves.

We could also say, to better follow the Italian:

The important thing with little babies is to often change the position of their backs, as long as they are unable to stand up by themselves.

We could think of it this way: Non is a negation, and in a way, so is “until,” when used as a conjunction. “Un” is also a prefix meaning “not.”

Here is another example, where we can take finché non apart, to better understand it.

And then, until... we worked until the boss said, "that's enough,"

Another way to say this in English would be:

We kept working as long as the boss had not yet said, “that’s enough.”

It’s a bit awkward in English, which is why we use the word “until.”

Here is another very informal example:

Ti devo dire una cosa, non mi interrompere finché non ho finito.
I have to tell you something. Don’t interrupt me until I have finished.

It could also be:

Ti devo dire una cosa, non mi interrompere finché sto parlando.
I have to tel you something. Don’t interrupt me as long as I am still speaking.

Further learning:
Do a Yabla search of finché and look at all the examples. Some will be correct without non, to mean “as long as,” some will use non, to mean “until,” and some will be wrong. Hint: Federico Fellini uses this conjunction the wrong way.

Can you understand the difference between finché and finché non? Feel free to let us know, or to make a comment in the comment section of the video in question.

We’ve mentioned that in different parts of Italy, or based on personal styles, the subjunctive gets skipped, the remote past is rarely used, and finché non might be abbreviated, too. But for those who are learning Italian, it’s good to be able to use finché, finché non, and affinché correctly.