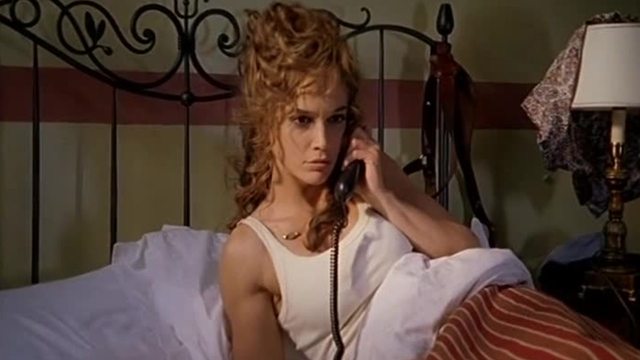 Rispondere: To Answer or to Respond?

Rispondere, with its English cognate "to respond" seems like it would be a very easy verb to use, and sometimes it is, indeed, easy. The verb rispondere translates as both "to respond" (its cognate) and "to answer" (a verb English inherited from the Old Norse "andsvar").

As with many verbs, by using a modal verb, we can keep the main verb in the infinitive, thereby avoiding the need to remember how to conjugate it.

Listen... Can I speak with Luca?

No, Luca can't answer, he had a problem.

If we don't include an object in the sentence, there are no complications. In the following example, we could also have translated rispondere with "to respond."

All right, then I will also follow normal procedure

and before I answer, I'll call my lawyer.

1) What if the speaker used the conjunction che (after prima) as an alternate way to say the same thing?

Once we start involving an object in our sentence (such as "the question"), we have to keep in mind that rispondere is an intransitive verb (meaning it doesn't take a direct object), so if I want to say, "I answer the question" in Italian, I have to use a preposition after the verb followed by an indirect object (in this case, la domanda (the question). Think: "I respond to the question."

Do you feel you can answer a few questions? -Yes.

2) Can you ask this same question to someone you are on familiar terms with?

You haven't answered my question. What do you want?

3) Can you say the same thing informally?

2 Ways in English, 1 way in Italian

In English, "to respond" is intransitive and "to answer" is transitive, so we use them two different ways and we rarely have to think about it. We might think of using "to respond" in more formal situations.

But when we are translating from English to Italian, we have to remember that we need a preposition after rispondere.

We can also use rispondere where the indirect object is a person, perhaps expressed with a personal pronoun, as in the following example. In this case, we use "to answer" in our translation. "To respond" wouldn't work.

Toscani, please answer me. It's important. Come on.

Memorizing rispondimi is a good idea. You never know when someone is going to faint and it's also handy to have when arguing with someone. Above all, remember that mi stands for a me (to me) so we do have a preposition (in this case a [to]).

4) How would you say the same thing to a person you don't know very well? And for the record, you wouldn't say dai. Can you think of an alternative?

Cases of Incongruence between Italian and English

Yes, I know, you called me a hundred times, but I didn't answer

because I had a bunch of things to do, Teresa.

5) The above clip is very informal, between brother and sister, but he could have said he hadn't answered the phone. How could he have phrased it?

There are plenty of instances in which Italians insert an indirect object pronoun, where in English, none is called for. It's just something to be aware of.

We hope this lesson has provided some clarity about using the verb rispondere. If you have more questions, don't hesitate to write to us at newsletter@yabla.com