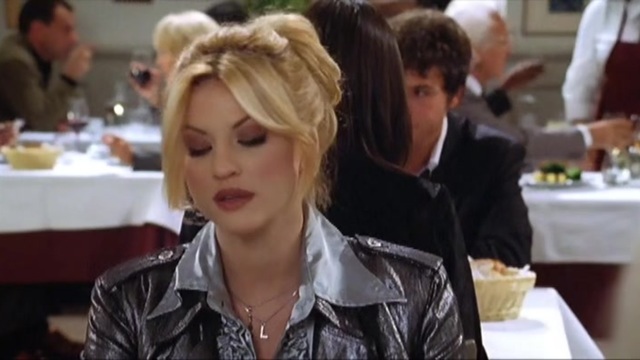 In this week's episode of La Ladra, Eva uses a word that is hard to guess the meaning of, at least at first glance, or first hearing.

Let's not get started again with the same old tune

We go way back in History

A look at the dictionary reveals some interesting information. Solfa is the ancient word for sofleggio (solfége). Solfa comes from the names of two notes: sol (G) and fa (F). Solfeggio was and is a way to facilitate reading music using syllables representing the notes. Some languages, such French, Italian, Spanish, and Portuguese, adopted the syllables as note names, do/ut re mi fa sol la si, while Germanic languages and English adopted the letters of the alphabet to name the notes, a system that actually came before the use of syllables. We can imagine how much confusion this might cause today when musicians from different countries are trying to rehearse together.

Here are the equivalents:

We go less far back in History

Many of us might have seen the 1965 movie, The Sound of Music with Julie Andrews and Christopher Plummer. In it, the seven von Trapp children learn to sing using these syllables. Before becoming a movie, The Sound of Music was a hugely successful Broadway musical, which opened in 1959. The song about singing became so famous that, in America in the early '60s, kids would play the tune on their "Symphonettes" or "Flutophones" (cheap, plastic, recorder-like wind instruments for kids) in elementary-school music lessons.

The song uses homophones (commonly called "homonyms") to make it easier to remember the names of the syllables. Listen and watch a clip from the movie here.

Doe (do) a deer a female dear

Ray (re) a drop of golden sun

For musicians learning Italian, the names of the notes are important, in fact, essential. Watch Alessio as he tells the story about these syllables.

In Italia, anche in Francia, in paesi latini...

In Italy, also in France, in Latin countries...

they based them on, for the names of the notes,

We go a couple of decades back in History

Getting back to La Ladra, Eva, in the same sentence, also makes a connection with a song that became famous at San Remo in the '90s, called "La Terra dei Cachi" (the land of persimmons) written and performed by Elio e le Storie Tese. The refrain is "Italian sì, Italia no." The song was subsequently adopted as the theme song for an Italian talk show "Italia sì Italia no."

If you can't watch the video, you can find the lyrics here in Italian and English: