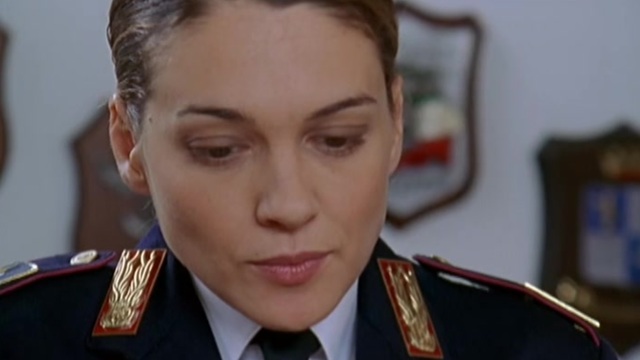 The word "discuss" or "discussion" elicits the image of business meetings or family dinners — people talking normally together in order to reach a conclusion, people exchanging their opinions or knowledge.

The verb discutere in Italian sounds pretty similar, especially in its past participle discusso, leading us to think it means the same thing. And, well, it can and often does.

Here, Frederick the Second discussed with his advisors questions of state or relations with the Popes, and promulgated charters, a unique legal code for the entire Reign of Sicily.

But more often than not, in everyday conversation, it has another sfumatura (nuance) that you'll want to know about. Gaging someone's level of emotion is not always easy in a foreign language. How many times have you thought two Italians were arguing heatedly, but they were just talking about il calcio (soccer)?

In a current video on Yabla, a woman is describing the evening of her husband's murder.

That evening, we argued.

If you don't know about this nuance, you might think, "OK, so what? They discussed their schedules." So we have to watch for the context, the mood, to determine what kind of "discussion" they had. They might well be talking about an argument.

Another way to tell that discutere means "to argue" is that there is no direct or indirect object of the verb, although there might very well be the preposition con (with), indicating the other person in the argument. In the following example, the indirect object comes in the form of a question "with whom."

Enemies? What enemies should he have had? Someone he had recently argued with, maybe even at work.

Just talking about something

Let's note that in English, the verb "to discuss" is transitive.

What did you discuss? -We discussed our schedules.

What, did you come to talk about exotic cuisine? -No.

When we are having an argument (una discussione), the noun discussione can come out in a different way.

That's out of the question, Manara!

The previous example uses the Italian noun discussione and the English noun question. In the following example, however, there is a verbal phrase in the Italian — mettere in discussione — to equal the verb "to question" in English. This can be part  of a normal discussion, not an argument, but it's good to know!

but I don't think his professional honesty can be questioned.

Putting it in a simpler, indicative mood:

Non lo metto in discussione (I'm not questioning that).

As you watch movies and shows on Yabla, or anywhere else you see Italian content, be on the lookout for the verb discutere in all its forms and nuances.