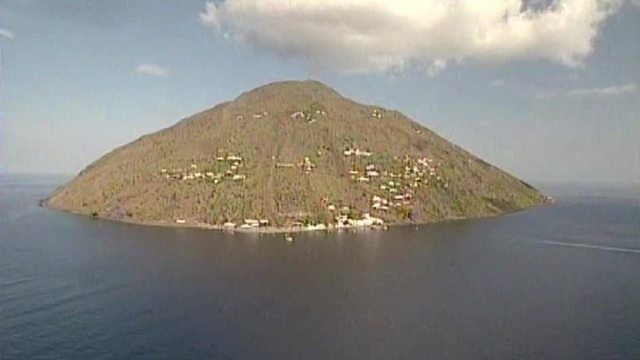 What Are Virgolette? How to Use Punctuation Terms in Speech

When we start a new paragraph, we say punto e a capo (period, new paragraph). This can happen if we are dictating.

Punto is how we say "full stop" or "period" in Italian.

Capo means "head," and so we are at the head of a new paragraph.

But we also use punto e a capo and similar terms metaphorically in everyday speech. Here's a lesson about that!

A comma, on the other hand, is una virgola. While a comma works somewhat similarly between English and Italian, there is an important peculiarity to note, as we see in the following example. Instead of a decimal point, Italian employs the virgola (comma). If we look at it numerically, it's like this: English: 5.2 km, Italian: 5,2 km.

Alicudi is one of the smallest islands of the Aeolians.

Virgolette, on the other hand are little commas, and when we turn them upside down, they become quotation marks, or inverted commas.

So, in conversation, we might make air quotes if people can see us talking, but in Italian it's common to say tra virgolette (in quotes, or literally, "between quotation marks"). We can translate this with "quote unquote," or we can sometimes say "so-called" (cosìdetto).

Uh, because they were in any case easy to quote unquote dismantle.

Versace was created as a, quote unquote, return to tradition.

One more important thing about virgolette: In American English, most punctuation marks go inside quotation marks, but in Italian, they go on the outside. If you pay attention to the captions in Yabla videos, you will see this regularly.

Thanks for reading and a presto!