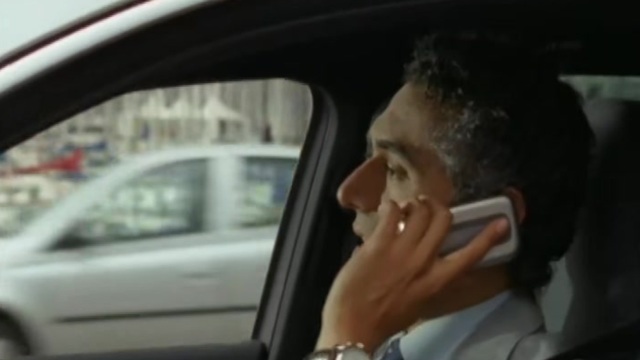 We have written about the verb mancare that's used in so many diverse contexts and nuances, but mancare is part of an expression we hear all the time that deserves some attention: Ci mancherebbe.

At its most basic level, ci mancherebbe is a way of reinforcing the word certo. Certo is so short, it might get lost. But if we say, Certo, ci mancherebbe, we're saying, "sure," "absolutely,"  "absolutely no problem," "Don't mention it," "by all means," or something to that effect. It's just a very natural thing for Italians to add to certo.

It can also be a response to someone saying they're sorry, and you want say, "No problem," "Don't worry." "No apology necessary." It can also mean, "It's the least I [or someone else] could do." Literally, ci mancherebbe means "it would be lacking from it," which makes no sense at all. Let's keep in mind, for the record, that mancherebbe is the third person conditional of the verb mancare.

Variation: A variation on this expression is ci mancherebbe altro! There is no way I wouldn't have done that favor for you willingly. It was not a burden. In other words, "No problem." This variant is also used for a different meaning, as we illustrate below.

Close relations: This expression is similar to the expression figurarsi which you will conujugate in the first person plural figuriamoci, the second person singular informal figurati, or to be polite, si figuri. It's used in similar circumstances. It often has to do with doing a favor that was really no big deal. It's also used when someone apologizes, and you want to be gracious and say there was no need to apologize.

Sound bites (with video): Let's listen to and look at some examples from Yabla, since we can!

In this first example, as you can see, the translation is "Don't mention it."

Sorry for the time I had you waste. -I'm sorry, to you, too, Mister Notary. -Don't mention it.

In the following example, we have the longer form of this expression, which is even stronger, as if to say, "It goes without saying."

I took advantage of Giacomo's Sanskrit lesson to get together tonight calmly and discretely, I hope. -That goes without saying.

In the previous examples, we could have replaced ci mancherebbe with figuriamoci or si figuri but not in the following one, where the conditional is really conditional and refers to something we hope isn't the case.

In this case, the translation of ci mancherebbe or ci mancherebbe altro! can be something stronger, like "heaven forbid," or "God forbid that should happen" where you are really hoping against hope that something won't occur. This can be confusing. In the following example, instead of something going without saying, we are hoping something doesn't happen. In other words, "That would be terrible."

It's incredible. -Counsel, I'm worried it'll be like the Piccinins. -The Piccinins? But no, no way, no. But God forbid, no.

If you do a search on the videos page, you will find a list of examples of ci mancherebbe. Each one might have a slightly different nuance. The best way to grasp the expression is to hear it in dialog, in as many examples as you can find. Getting comfortable with this expression and knowing when it is appropriate will take time. So when you are watching a movie in Italian (on Yabla or elsewhere), listen for it in conversation. When you are shopping or asking directions as you travel in Italy, you'll likely hear it quite often when you say thank you.

Marika explains the expression in a video about the verb mancare:

Extra study: We did a little research online and found a couple of interesting articles about the expression. You can read it in English or Italian, or you can listen to the podcast (where Ilaria essentially reads the article). All bases are covered!

Here's an article (not simple) in Italian, which is actually a transcript of a video, also available. So you can listen and read along. The speaker says this expression numerous times, with different inflections.

We hope that with our lesson, video examples, and outside resources, you will have a good grasp of this common but confusing Italian expression. You'll be one step closer to becoming fluent. And that's what Yabla is all about...