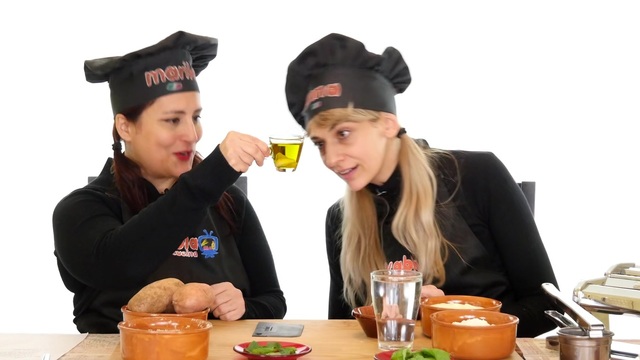 When volendo implies the opposite of "wanting to."

The verb volere (to want, to desire) is a very common verb, one we learn early on, so that we can ask for things we need. It has a host of uses and different nuances of meanings you can read about if you look it up on WordReference.

In this lesson, we will look at a particular use of this verb that uses the gerund form volendo. We have to be careful, because there is an often-used literal meaning and also a slightly skewed meaning, in which you have to know that there is negative implication included.

Let's start off with the basic, innocent, literal use of the gerund form of volere. We can translate it as "wanting" or "wanting to." Note we don't usually translate it with the gerund in this context.

However, if we want to, we can also use a simple knife.

One handy thing about volendo, is that you don't necessarily have to talk about who wants something. It can stay nice and impersonal as in the following example. The key word in understanding volendo (as an expression), in terms of an English translation, is the conjunction if. We don't see it in the Italian, but we need it in the English translation.

In any case, the bathroom is nice and big, huh.

Did you see what a nice tub?

If desired, there's even room for two toothbrushes.

Meaning, that if it ever happened,

you can leave yours here at my place. Understood?

Actually, using volendo avoids having to construct a sentence in the subjunctive and conditional moods, although in English, that is just what we would do.

And besides, even if I wanted to,

how could I find him if I don't know where he is?

But often, volendo is used to imply that something isn't a great idea, nor a likely one. So in translating it, we would add, "really." If one really wanted to do something. That's the nuance in this example from Provaci ancora prof!.

Renzo bought an artist's multiple copy of a sculpture at a flea market. He's trying to explain what a multiple is to his daughter.

But a rich collector could

also buy all the multiples if he wanted to.

He could, yes. If he really wanted to, he could.

We don't have examples of this last nuance from Yabla videos (yet) ... but here is an example of a possible dialogue.

Puoi andare alla riunione al posto mio (Can you go to the meeting in my place)?
Beh sì, volendo si può anche fare... [ma non credo sia una buona idea] (I could... [but I don't think it's a good idea]). 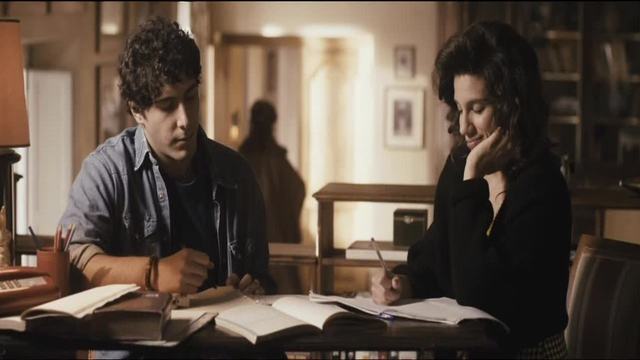 3 Ways to Get It Wrong in Italian

When you're wrong you're wrong. There are various Italian words connected with being wrong or making a mistake. Let's look at the various ways to be wrong and the nuances that set them apart.

Fare un errore. This works fine when you need a noun. If you have trouble with rolling your r's, this word can be a challenge.

You make mistake after mistake.

Sbagliare (to make a mistake) is more flexible

The verb sbagliare (to make a mistake) plus reflexive form sbagliarsi (to be mistaken), and its noun form lo sbaglio (the mistake, the error) are very common.

And if she makes a mistake, it means that I also made a mistake with her.

There's a fine line between the normal verb and its reflexive form. One reason for this is that sbagliare as a normal verb can either be transitive or intransitive.

Ho sbagliato strada (I took the wrong route, I went the wrong way).

Ho sbagliato (I made a mistake, I made a wrong move, I did something wrong).

Piove, o sbaglio (It's raining, or am I mistaken)?

The reflexive form sbagliarsi, tends to be more about being wrong than making a mistake — a bit less active, we could say — and the sentence structure changes as well. The reflexive form is intransitive, so we need a preposition between the verb and the indirect object. As a result, it's a bit more complicated to use.

Mi sono sbagliato (I was wrong, I was mistaken).

Mi sbaglio o sta piovendo (am I mistaken or is it raining)?

In the following example, the preposition is a (to) and rather than "being wrong," it's "going wrong."

Believe me. With fish you can never go wrong.

This is a great expression to have in your collection:

As you watch Yabla videos, you will see countless instances of sbagliare, sbagliarsi and lo sbaglio. See if you can sense when people use one or the other. In many cases, there are multiple possibilities.

Il torto (the wrongdoing, the injustice)

Some of us may recognize the cognate: "tort." When you study law, one course you take is "torts." In English a tort is simply a civil wrong.

How to use the Italian noun torto, however, is a different story.

In a recent episode of Sposami, a divorcing couple is forced to get along and work together, even though they can't stand each other. But each of them wants to keep the dog, and therefore they each have to be on their best behavior. They go crying to their divorce lawyer each time the other does something wrong. And in one such conversation, the word torto comes up.

Ugo, try to be collaborative,

otherwise, you understand, you'll end up being in the wrong.

So this is a lawyer talking, but we also use torto or its plural torti in everyday conversation. A son is complaining to his mother, and her boyfriend chimes in:

You treat us like a couple of little kids!

At their age, I no longer even asked for permission.

Here are some other expressions with torti. Remember that we use the verb avere (to have) in this expression.

Avere torto (to be wrong).

With all these word choices for making mistakes and being wrong, non ti puoi sbagliare! 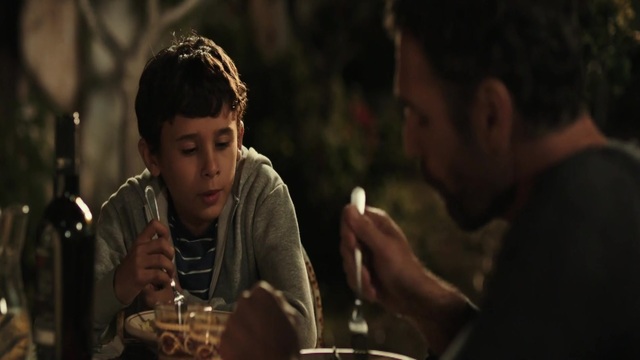 2 Expressions with the Verb Credere

Credere is a very common verb. It basically means "to believe," but not 100% of the time. There are some sfumature (nuances) to this verb, and it so happens that in a recent episode of Sei mai stata sulla luna, it's used in 2 ways that deviate from the norm.

In one scene of the segment of Sei mai stata sulla luna, we see a single father (Renzo) having a conversation with his son. His son wishes he had a mother, and Renzo is downplaying it.

No, to be together.

-But aren't we fine together, you and me?

Yes, but maybe we'd be even better.

A girlfriend would send you to bed early every night.

At the beginning of the segment, the townsmen are hanging out in the piazza and Guia is there, too. Someone says to her, being polite:

In any case, Ma'am, you do as you think best.

If it were an informal situation, it would be fai come credi. It can mean "do as you think best" or "do as you wish." It's often said when there is a disagreement about what to do or how something should be done. The person who says it doesn't think it's a particularly good idea. It's a little different from, fai come vuoi (do as you like), where the verb is volere. Credere gives the person a bit more credit for thinking things through. Fai come vuoi  (or in the polite form faccia come vuole) can also come off as judgmental, depending on the tone with which it is said.

A common variation on this expression is with the verb parere (to seem, to appear):

We'll get married and above all we'll get divorced.

This evening, you will go to a hotel, to your brother's,

wherever you want, far from me.

Note that parere is one of those verbs, like piacere, where the subject is not the person doing the liking or the wanting. So, thinking literally, the gist would be "go where it seems to you that you should go."

Dove ti pare is a very common way to say dove vuoi (wherever you like).

Come ti pare is a very common way to say come vuoi (however you like).

It's interesting that both parere and piacere are also commonly used nouns: il parere and il piacere.

Parere (both the noun and the verb) come from the verb apparire (to appear, to emerge).

For more about piacere see this lesson:

and see this video: 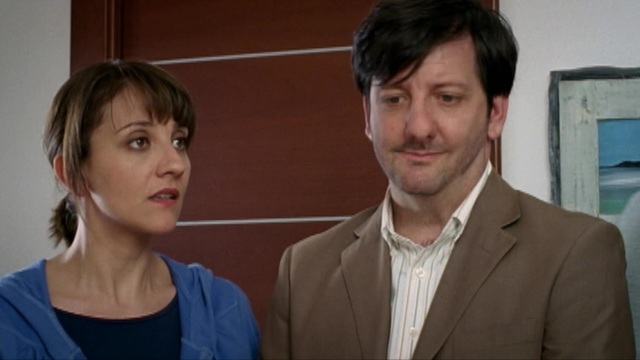 Strappare: To Tear, To Rip

Strappare (to tear, to yank, to rip) is an interesting Italian verb, with a useful, related noun uno strappo (the act of ripping up) that goes hand in hand with it.

OK, come on, pull out a hair, come on. Yank this strand out.

The previous example is literal and you can easily visualize the act. The following example could be literal, but not necessarily. It describes a somewhat violent act, but this grandfather might be speaking figuratively.

In short, they tore my little granddaughter from my arms.

Even when we're talking about hair, strappare can be used figuratively.

Look, I'm really tearing my hair out from, right...

In this week's segment of La Ladra, there is a wonderful Italian expression with the noun strappo.

But I am a vegetarian.

But don't you ever make an exception to the rule?

And... so you could come to my restaurant, you'll be my guest, naturally.

Did you hear the percussive T, the well-articulated R, and the double, percussive P? It's a fun word to say. Remember that in Italian a double P sounds different from a single P. To hear the difference, go back to the examples about hair. There's a double P in strappare, or strappo, but there is a single P in capello or capelli. Tricky!

Strappare (to tear, to rip, to yank) is very close to rompere (to break) or even spezzare (to break, to snap, to split). So fare uno strappo alle regole, means "to break a rule," "to make an exception."

Another expression with the same noun — strappo — is dare uno strappo (to give [someone] a lift).

Ti do uno strappo a casa?

Shall I give you a lift home?

The more conventional word would be un passaggio. Read more about passaggio here.

Here are some situations in which you might want to use the verb strappare or the noun strappo:

You want someone to give you a lift home. Mi dai uno strappo? (Will you give me a lift?)

You are very frustrated with listening to someone complain. Quando comincia con certi discorsi mi viene voglia di strapparmi i capelli. (When he/she starts up with that story, I get the urge to tear my hair out.)

Try fitting in these new words to your Italian practice. Send in your suggestions and we'll correct them or comment on them.