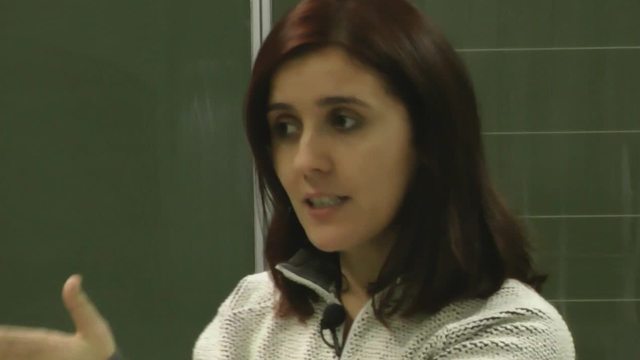 It's true that asking questions in Italian can be as easy as changing your inflection. Part one of this lesson discusses that. Nonetheless, there are times when you need question words (and we'll get to that in a future lesson). But even more basically, how do we talk about asking questions?

How do you say "question" in Italian?

While the cognate questione exists, it's not the word we are looking for right now. We'll talk about questione further on. In English, we have the noun "the question" and we ask a question.

In Italian, it's a little different. "The question" is often translated into Italian as la domanda and rather than using a verb that means "to ask," Italians usually "make" a question with fare (to make, to do):

When I meet a person, first I greet him or her.

Then I ask the second important question: What's your name?

More often than not, we ask someone a question, so we may need an indirect pronoun: "I ask you/him/her/them/myself a question." In Italian, this indirect pronoun often comes before the verb, as in the following example.

But would you go back to your wife? -No.

Why are you asking me this question?

The previous example was a question, but even in a statement, the indirect pronoun will come before the verb.

When the question takes some thought

There is another verb we can use in place of fare. It's a little more formal, it has an English cognate, and it often indicates that some thought is needed in the asking and the answering. The verb is porre (to put, to place, to pose).

Daniela talks about this verb in a lesson:

“To pose.” I was posing, it's often used with "question."

“Sorry, may I pose a question?”

Asking yourself a question

We use the reflexive for this in Italian:

So, even with his head in the clouds,

he began to ask himself a few questions.

You can also use the verb fare reflexively for the same purpose — farsi una domanda (to ask oneself a question).

Verbs that mean "to ask"

La domanda has a verb form as well, and we can use it both reflexively and not: domandare (to ask).

Of course, sometimes we don't need to ask a question. We can just ask someone something. Domandare (to ask).

Why don't you leave me in peace?

-Yeah, I ask myself that, too.

Just as in English we have the noun and verb "to request," Italian has the cognate richiedere (to request, to require) and la richiesta (the request) but it also has chiedere (to ask, to request), which is used a lot, in many different contexts.

Since your wall project

would cut off my kitchen area,

you should have asked for my opinion.

In the following example, we can see the relationship between chiedere and richiesta.

Lorenzo asked you to give him a little time, right?

If I were you, I would comply with his request.

Making sense of the different ways to use richiedere will have to wait for another lesson. It can get kind of complex.

What about the noun la questione?

Let's remember that in English, "question" can also mean "matter." For example in this book title: A Question of Integrity by Susan Howatch. In this case, it's not a question we ask. With that in mind, we can easily transfer the idea to Italian. In fact, we have a movie on Yabla: Questione di Karma.

I've been waiting ten days. It's become a question/matter of life or death.

To get a feel for all these words, we suggest doing a search on the videos page to find examples of these words. Don't forget to use singular, plural, masculine and feminine where applicable, and different conjugations of verbs. Searching and reading all the instances will give you an overview of real people using these words. Repeat the sentences to yourself, and if you get confused, drop us a line — chiedere! — in the comments tab or by sending an email to newsletter@yabla.com. We are happy to help.