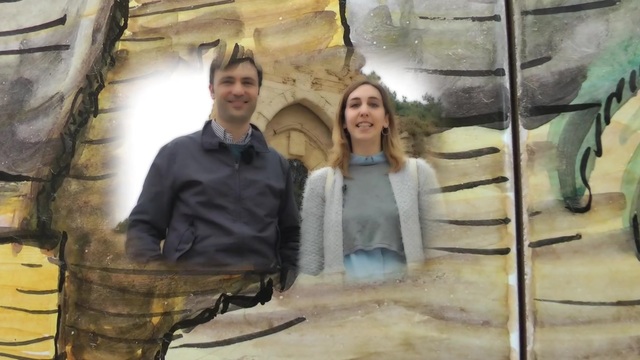 Asking What Something Means in Italian

One of the most basic things we need to know as we venture into the world of speaking Italian is how to ask about a word we don't understand.

There are a couple of ways to do this.

One way is to use a verb we can easily understand, even though we don't use its English equivalent the same way, or very often in conversation. The Italian is significare. It kind of looks like "signify." Of course, in English, we would sooner use the adjective "significant" or the adverb "significantly."

Cosa significa (what does it mean)?

It's the place where, in earlier times,

the citizens of Mazara del Vallo would come to do the laundry.

And if we want the noun form, it's il significato (the meaning, the significance).

This is a good exercise for reviewing some words from the video and their meaning.

We can ask: Qual è il significato (what's the meaning)?

The other more common way with volere

The more common way to ask what something means is a bit more complex at first: We need 2 verbs to say it, but it's easy to say, and once you master it you will be all set.

The first verb is volere (to want). This is a very useful but tricky verb, as it is actually two verbs in one: It's a stand-alone transitive verb, as in:

We can also translate it as "to desire."

Volere is also a modal verb, basically meaning "to want to." The main thing to know about a modal verb is that it's followed by a verb in the infinitive, or rather it goes together with a verb in the infinitive, and can't stand alone. Just like some verbs in English, such as "to get," volere has meanings that go beyond "to want to." And just like "to get" in English, volere can pair up with other verbs to take on a new meaning.

In the case of asking what something means, we add a second verb, in the infinitive: dire (to say).

Before he destroys your family as well, I mean.

The difference between "I mean to say" and "I mean" is minimal, right? If we take this one step further and put it into the third person singular, it's vuole dire, which commonly gets shortened to vuol dire. And there we have it. It means "it means."

Of course, it could also mean "he means" or "she means," but more often than not it means "it means."

I use the thermometer

and I measure my temperature.

And if it's above thirty-seven and a half (centigrade), it means that I have a fever.

Marika could also have said, Significa che ho la febbre (it means I have a fever).

Asking about the meaning of a word

Here's one way to ask what a word means:

In eight hundred fifty, the Saracens gave it the name of Rabat.

So, do you even know Arabic now?

And what does Rabat mean? -Village.

So when asking what a word means, we can either use cosa (what) or just che (what), which is a bit more colloquial.

Cosa vuol dire (what does it mean)?

Che vuol dire (what does it mean)?

If you are absolutely desperate, just say: Vuol dire... (that means...)? You'll get the message across.

Some learners like to know why we say what we say. It helps them remember. Others do better just memorizing how to say something and not worrying about the "why." Whatever works is the right way for you. We all learn in different ways, for sure. And if you need to know more, just ask. We at Yabla are pretty passionate about language and are happy to share the passion. This lesson, as a matter of fact, came about because a learner had trouble grasping why we use the verb "to want" when talking about the meaning of something. We hope that this has helped discover the underlying connection.