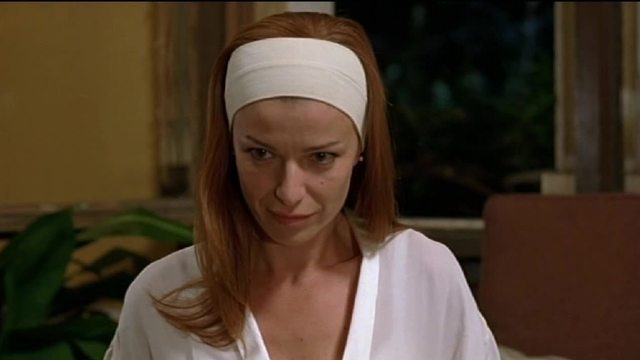 Che as a Conjunction

The more Italian you learn, the more you start noticing the little words. Often these are little words that could be used in English but are frequently omitted. We'll be looking at several of them, but let's start with the conjunction che. It is, indeed, a conjunction, but it can also be a pronoun or even an adjective in some cases. Most of the time it will mean "that" or "which," but it can also correspond to the relative pronoun "that" or "who." It can also mean "what?".

In Italian, we can't omit che, but in English, we can omit its equivalent, sometimes.

I'm sorry they flunked me.

The translation could have been:

I'm sorry that they flunked me.

1) There is a little error in the previous example. Maybe you can see why he flunked! What should he have said? (It's an error that lots of people make every day, so don't worry if you don't see it.)

So how am I supposed to fit into the uniform you gave me? Huh?

So how am I supposed to fit into the uniform that you gave me? Huh?

While this second translation isn't wrong, we don't need the "that."

2) What if the speaker were talking to more than one person. What might she have said?

Typically, one of the cases where Italian uses the conjunction che and English does not is when using the verb "to know." Let's look at some examples.

You know we need you. -She's in bad shape, Elisa.

It would be just as correct to say:

You know that we need you. -She's in bad shape, Elisa.

We just tend not to.

Here's an example in the imperfetto (simple past):

You knew we were looking for you.

It could have been translated as:

You knew that we were looking for you.

Another typical but "hypothetical" context

We have to keep in mind that in many cases, the conjunction che takes the subjunctive. This happens primarily with verbs that indicate uncertainty. This may be new for you, in which case, go ahead and check out the several lessons Yabla offers about the subjunctive.

So if instead of using the verb sapere (to know) which indicates certainty, we use the verb pensare (to think), we are in another grammatical sphere, or we could say, "mood." The congiuntivo (subjunctive mood).

I... I think that Karin went away on purpose.

In this case, the translator did use "that" in English, but she could have chosen not to (which might have been more natural):

I... I think Karin went away on purpose.

3) What if you were to use the verb sapere in the above sentence?

4) What if the person were named Alfredo instead of Karin? Use both sapere and pensare.

Che meaning "who" or "whom"

When che means "who" or "whom," we are probably talking about a (relative) pronoun, not a conjunction. For our purposes, it doesn't really matter. What we do need to keep in mind is that, while we also have the pronoun chi meaning "who" or "whom" (with a preposition), when it's a relative pronoun, it's che.

Yes. On the evening news they talked about that boy they killed.

This is a bit tricky because in the example above, it would be a little bit awkward to fit in "whom" or "who." But it's interesting that we need the che in Italian to make the sentence make sense.

Yes. On the evening news they talked about that boy whom they killed. He really looks like someone who often comes...

Of course, a lot of Americans use "that" instead of "who" or "whom." It would still be awkward. It should be mentioned that in the previous example, "the boy" is the object, and that's when the che is omitted in English. But when it's the subject, we do need it.

Well, sorry if... if we didn't let you know beforehand, but

here's Valeria who has to tell you something.

Of course, the purpose of Yabla translations is to help you make sense of the Italian you hear and read. Sometimes taking a look at how our own language works can help, too. And when we are translating from English to Italian, we need to call on words we are omitting, so it can get tricky.

Hopefully, this lesson has helped you to be just a bit more aware of the word che. It's a word that means plenty of things, so this is just the tip of the iceberg. And if you have some particular questions about che, please let us know and we'll try to shed some light on them. newlsetter@yabla.com

This may be open to question because the kid knows they flunked him, but some would argue that the subjunctive should have been used.